They Can Use Tools!

A couple of days ago my classroom was really hot. I mean, REALLY hot. And I'm not complaining, because I've been in freezing cold classrooms and I waaaaaaay prefer the heaters that work too well over those that don't work at all. During my last class of the day, a student asked if he could open one of the windows and sit by it while working on his cross-stitch project. Since it was legitimately uber-hot, I didn't have a problem with this idea; however, that window is nearly impossible to close. So I told him he could as long as he PROMISED he would not leave until it was closed, and warned him it was difficult to do so. He swore he'd take care of it, so I allowed it. Then during clean-up time he of course couldn't get it closed, and I reminded him of our deal. Here's how he came through: 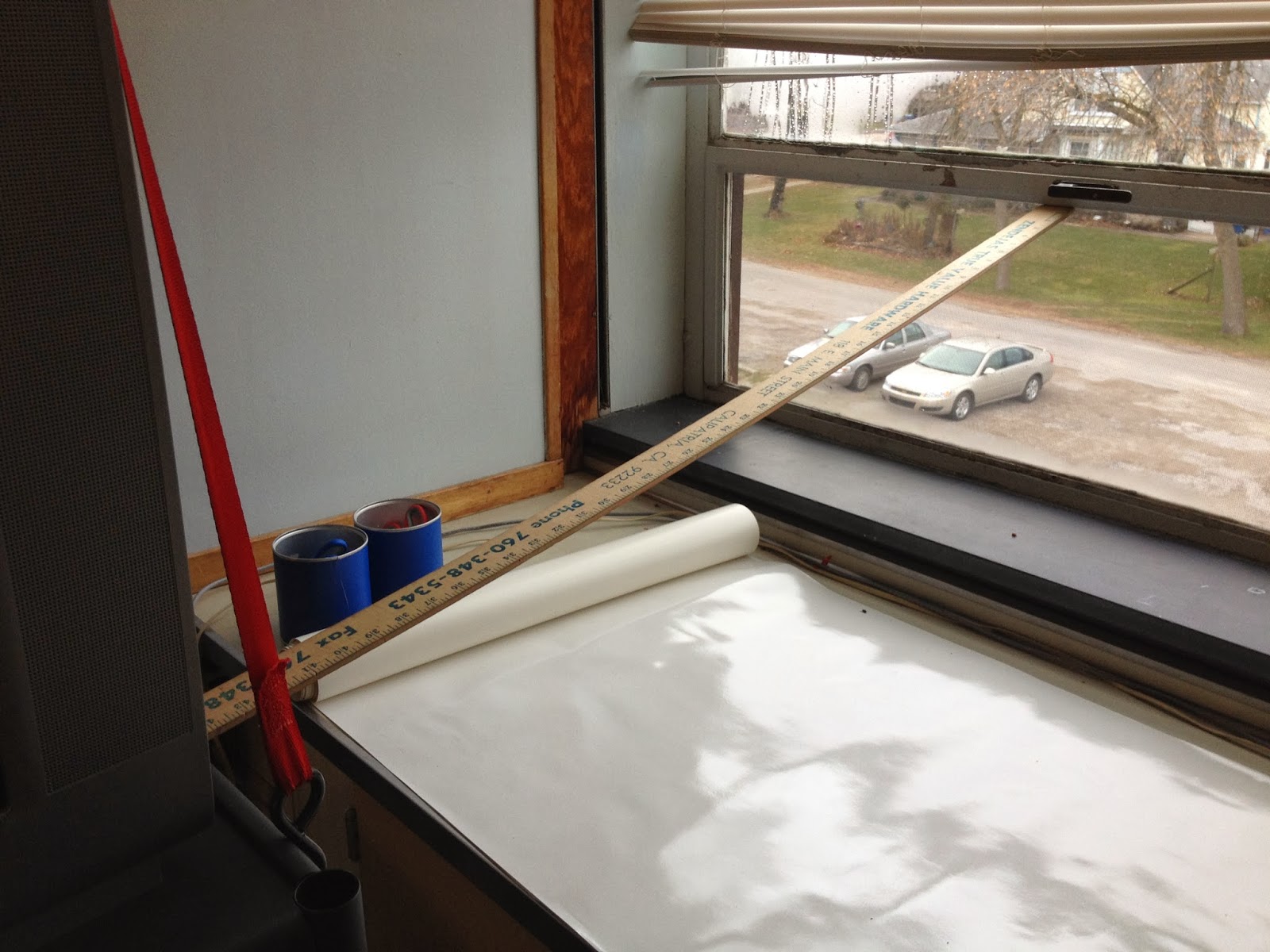 He told me it was "hillbilly-rigged" - his words. True that. But I'll give him credit, he did figure out a way to get it closed.