One agenda I chose to really push in my Child Development class this year was early literacy and the importance of reading to your children beginning in the womb. One method I used to do this was dedicating the last 5-10 minutes of nearly every class to "Story Time" - that's right, I read a story aloud to my high schoolers nearly every day. While some of them complained that it was "babyish" and beneath them, the complainers were usually the first to be upset when we ran out of time for their story.

The first several story time sessions, and on occasion throughout the rest of the semester as a refresher, we went over the following Story Time Rules before the story: 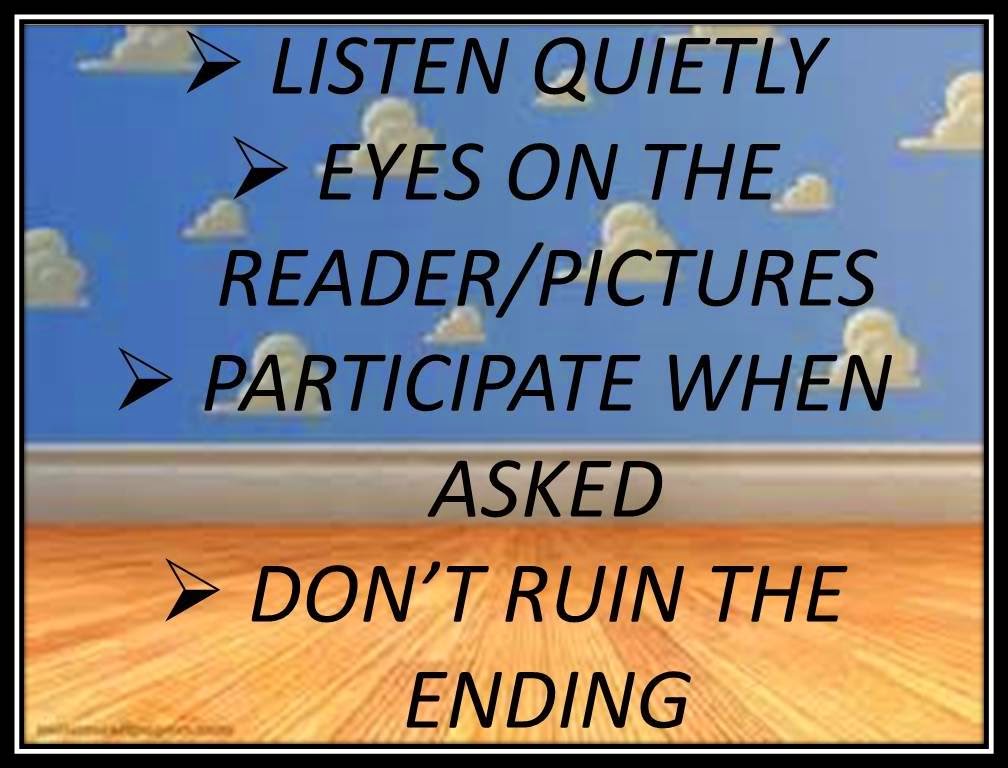 It really bugs me when people ruin the ending of anything for anybody - why do people DO that??

I did not have them sit in a circle on the floor or anything like that - they simply remained at their desks during story time. To make sure that they could all see the pictures (I didn't want a riot on my hands, after all), I did one of the following: 1) checked out oversized books from the library, 2) scanned the pictures and displayed them via projector, 3) took photos of the pictures with my phone, uploaded the pictures, then displayed them via projector. In addition to listening to the stories, they also engaged in various activities related to the stories - I'll present a few of them in subsequent posts.

And best of all, I was able to create an experience that they will carry with them - remember that class in high school where that crazy teacher read us stories every day?