Here's another tip from the department of the obvious, yet took me a while to figure out that I actually needed to implement this procedure. I have these beautiful stand mixer covers I made for my kitchens, which were constantly getting mucky because the kids would just toss them wherever. I tried to get them in the habit of placing them on top of the microwave and out of harm's way, but to no avail - and somehow even those that followed through still managed to muck them up. So I started requiring that at the beginning of any lab involving the stand mixers, the covers had to go into a box by the ingredient table as soon as they were taken off of the mixers. 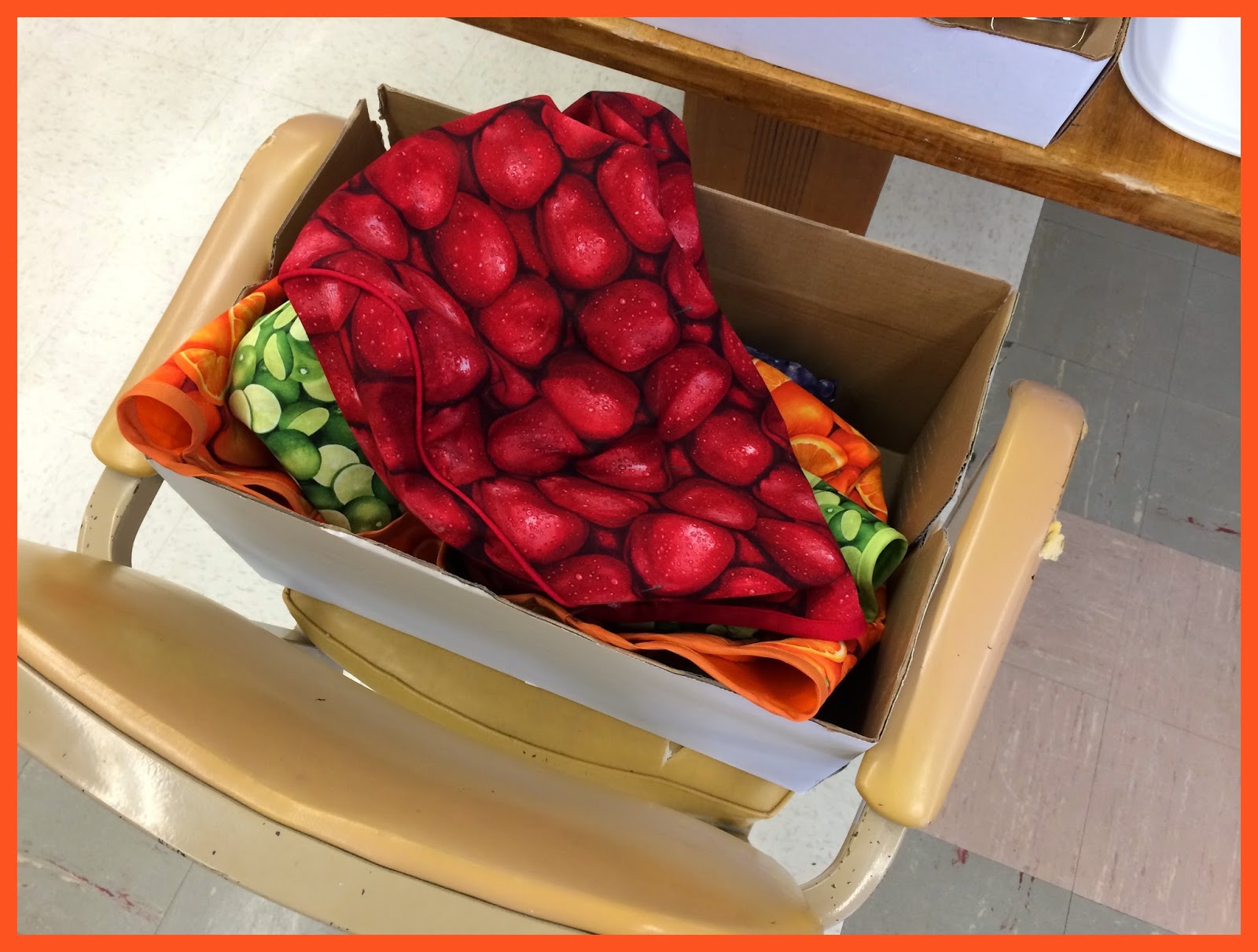 Problem solved. After the first lab with this new procedure, I never had to tell them again, someone would always remind the rest of the class to do it. Including me when I forgot to set a box out. Such a simple thing, but it works!