I do like using bell ringers - you know, those little writing prompts or activities at the beginning of class that get kids thinking about what they'll be doing today (while you're taking attendance and juggling 4 million other things); but it took me a while to find a system for them that I really liked.

I started out with the students writing them on notebook paper. This was useless. Either you have to collect a million pieces of paper a day, or they lose them. Even if you say "Keep the same paper all week; put it in your folder" or whatever, it's doubtful that will help. Then of course the paper itself is torn, crumpled, spilled on, chewed on, whatever.

So when I moved to binders, I placed a little packet of bell ringer sheets in with everyone's syllabus, etc: 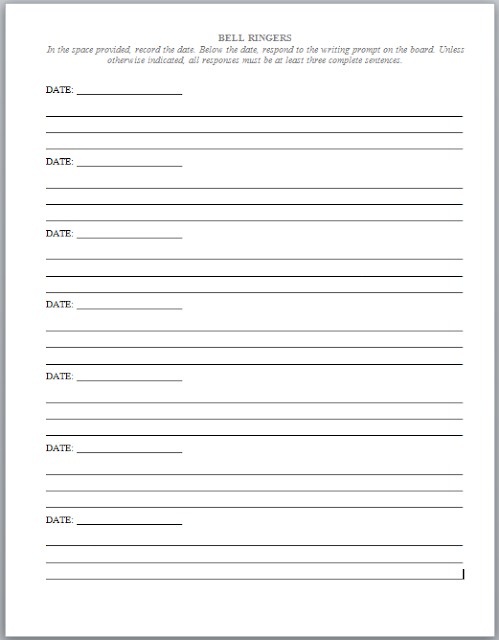 This worked so much better! Clean, hole-punched paper that stayed in the rings. Beautiful.

Downsides: It wound up taking a good bit of room up in the binders. I was confined to boring lines and three sentence responses. I had to keep track of how many should be recorded every time I graded. I had to keep a list of the prompts handy for weeks after they'd been used. 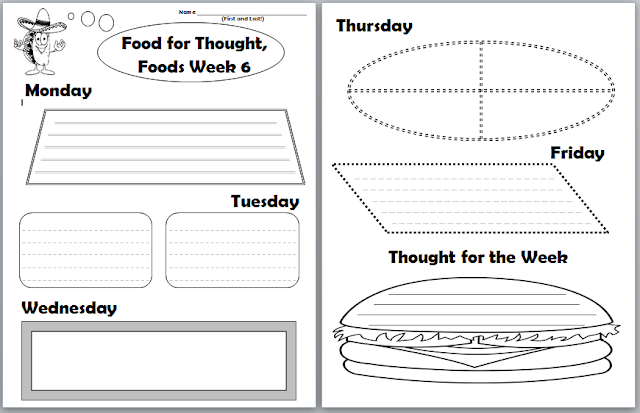 Each week had a different little food icon at the top, different shapes throughout the page, and the variation allowed me a variety of prompts. I would give the students blank ones like the one above, add the prompts to the page and project one each day: 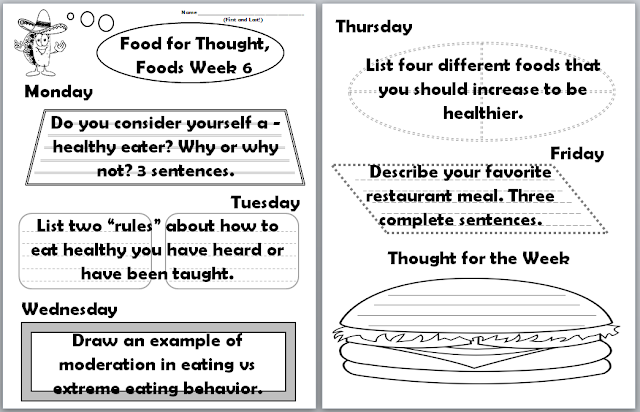 Love this system! I used them in every class, not just Foods (though I of course changed out the title of the class). It provides a lot of flexibility, and is fun to boot. Check out these happy guys: 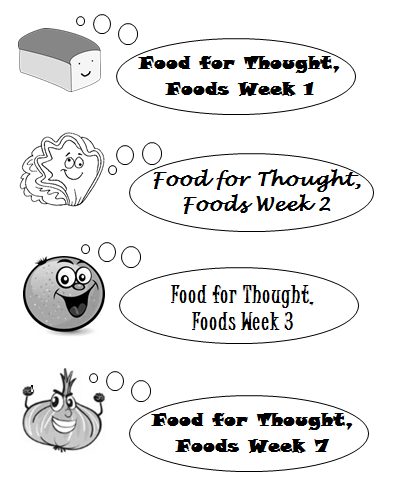 I know, I know: you're now irresistibly drawn to these and are thinking "Man, I've gotta make some awesome bell ringer sheets like that." Awww shucks, thanks! But don't. I'll be putting over a semester's worth of these bad boys up along with a ton of other new stuff as part of a very special bargain by the end of the week. Stay tuned!

Update: Packets of these bell ringer sheets are available in my TPT store if you're interested.

Email ThisBlogThis!Share to TwitterShare to FacebookShare to Pinterest
Labels: Back to School, Organization