Pediatricians Say Absolutely NO DRINKING WHILE PREGNANT - it's about time!!!

Why did this take so bloody long? Why, for years, have they allowed doctors, researchers, hairdressers to advise women that a little bit won't hurt? Unfathomable, completely unfathomable, given the irreparable harm that we know prenatal exposure to alcohol can have!

In my Child Development classes I told my students point blank, I don't care what you read in the news or see on TV or even hear from your doctor, NO AMOUNT OF ALCOHOL IS SAFE DURING PREGNANCY.

And then I showed them video after video of the results of fetal alcohol syndrome. Some years we read articles written by families affected by and children with fetal alcohol spectrum disorder themselves. One year I was even able to convince a small group of girls to read "The Broken Cord" and use it for a book talk there were supposed to give in their English classes. All of this uphill against a media constantly blaring "Oh, a couple of drinks here and there won't hurt."

And let's not even get into how people don't understand what really constitutes "a couple of drinks." In towns that I've taught in there were massive amounts of people who thought a couple of drinks = passed out before midnight.

Thank you, pediatricians, for finally getting your act together! 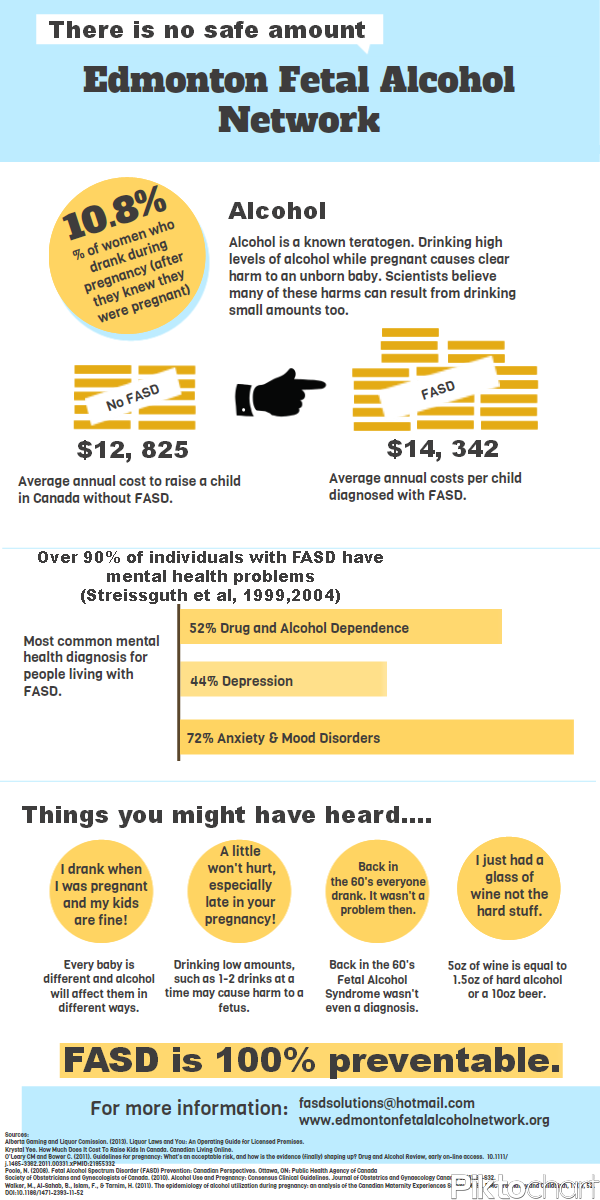